I am very proud of the progress that Cryo-Cell International, Inc. has made over the last several years, and I am even more excited about the future prospects for the Company. We believe we have more opportunities to pursue now than ever before. We are thankful the foundation is in place to drive growth as exhibited by the $7.9 million in cash flow from operations that Cryo-Cell generated in fiscal year 2021. The transformation of Cryo-Cell from a solid, cash generating cord blood bank to a fully integrated, cellular therapy company expecting to treat patients at its own clinic(s) is well underway.

Cord blood banking prices are anticipated to stabilize or may even trend upwards in 2022. The number of new cord blood and cord tissue enrollments in fiscal 2022 are expected to be relatively flat as compared to 2021. We are projecting to open the Cryo-Cell Institute for Cellular Therapies and begin infusing patients with autologous cord blood units during the fourth quarter of 2022. Planning is well underway to modify our newly acquired clinic space into an infusion center capable of treating up to 10 patients per day. Assuming FDA approval, these will be patients that suffer from neurological conditions such as cerebral palsy and autism spectrum disorder.

Utilizing proprietary expertise and manufacturing protocols from Duke, Cryo-Cell has developed its own mesenchymal stromal cell (MSC) manufacturing operation in its laboratory in Tampa, Florida. MSCs have immunomodulatory properties that can potentially be used to treat neurological conditions and other maladies.

In addition, Cryo-Cell has entered into a non-binding letter of intent to purchase a 56,000 square foot facility in Durham, NC. There can be no assurances Cryo-Cell will be able to acquire this facility. If acquired, it is expected this facility could serve three primary functions: 1.) to house Cryo-Cell’s cryogenic freezers and to provide cold storage services to third party pharmaceutical companies, academic centers, biorepositories, etc. 2.) to produce cellular therapy products for Phase 3 clinical trials and commercialization, subject to FDA approval, and 3.) to accommodate the long-term needs of the Cryo-Cell Institute for Cellular Therapies.

Finally, I would be remiss to not mention that I believe Cryo-Cell may be the most undervalued stock trading on NASDAQ. Reflecting this, Cryo-Cell has repurchased 85,129 shares at an average cost of $11.36 per share since October, 2021. We anticipate considering the repurchase of additional shares in the future, although there can be no assurances in this regard. All shareholders are encouraged to visit
Cryo-Cell Investor Relations Website.

As you can see, Cryo-Cell has a solid core business and many projects, both operational and financial, underway. We look forward to updating you on our progress in the future.

Thank you for your support!

David Portnoy
Chairman of the Board and Co-CEO
Cryo-Cell International, Inc.

Founded in 1989, Cryo-Cell International, Inc. is the world’s first private cord blood bank. ‎More than 500,000 parents from 87 countries have entrusted Cryo-Cell International with ‎their baby’s cord blood and cord tissue stem cells. In addition to its private bank, Cryo-Cell ‎International has a public banking program in partnership with Duke University. Cryo-Cell’s ‎public bank has provided cord blood for more than 600 transplantations and operates cord ‎blood donation sites across the U.S in prominent hospitals such as Cedars–Sinai Hospital in ‎Los Angeles and Baptist Hospital in Miami. Cryo-Cell’s facility is FDA registered, cGMP-/cGTP-‎compliant and licensed in all states requiring licensure. Besides being AABB accredited as a ‎cord blood facility, Cryo-Cell was also the first U.S. (for private use only) cord blood bank to ‎receive FACT accreditation for adhering to the most stringent cord blood quality standards ‎set by any internationally recognized, independent accrediting organization. Cryo-Cell owns ‎the exclusive rights ‎to PrepaCyte-CB, the industry’s most advanced cord blood processing ‎technology.‎

Cryo-Cell’s mission has been to provide clients with state-of-the-art cord blood and cord ‎tissue cryopreservation services, raise awareness of the opportunity for expectant parents ‎to bank or donate their baby’s cord blood and support the advancement of regenerative ‎medicine. In February 2021, Cryo-Cell entered into a license agreement with Duke University ‎that the Company believes, has allowed the Company to begin it transformation into an autonomous, ‎‎vertically ‎integrated cellular therapy ‎company. ‎

This press release and certain information provided periodically in writing or orally by the Company’s officers or its agents may contain statements which constitute forward-looking statements. Terms “believe”, “intends”, “projects”, “anticipates”, “expects”, and similar expressions as used are intended to reflect “forward-looking statements” of the Company. The information contained herein is subject to various risks, uncertainties and other factors that could cause actual results to differ materially from the results anticipated in such forward-looking statements or paragraphs, many of which are outside the control of the Company. These uncertainties and other factors include the impact of the COVID-19 pandemic on our sales, operations and supply chain, the success of the Company’s global expansion initiatives and product diversification, the Company’s actual future ownership stake in future therapies emerging from its collaborative research partnerships, the success related to its IP portfolio, the Company’s future competitive position in stem cell innovation, future success of its core business and the competitive impact of public cord blood banking on the Company’s business, the success of the Company’s initiative to expand its core business units to include biopharmaceutical manufacturing and operating clinics, the uncertainty of profitability from its biopharmaceutical manufacturing and operating clinics, the Company’s ability to minimize future costs to the Company related to R&D initiatives and collaborations and the success of such initiatives and collaborations, the success and enforceability of the Company’s umbilical cord blood and cord tissue license agreements, together with the associated intellectual property and their ability to provide the Company with royalty fees, and those risks and uncertainties described in documents the Company files from time to time with the Securities and Exchange Commission, including the most recent Annual Report on Form 10-K, Quarterly Reports on Form 10-Q and any Current Reports on Form 8-K filed by the Company. The Company disclaims any obligations to subsequently revise any forward-looking statements to reflect events or circumstances after the date of such statements.

A photo accompanying this announcement is available at https://www.globenewswire.com/NewsRoom/AttachmentNg/dc7fb53a-77dd-4e5b-937d-51be070a4ba7 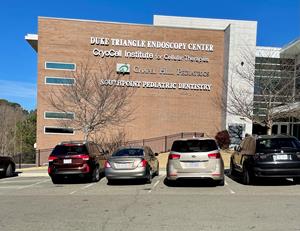